Food waste in France stands to 7 million tonnes, according to the Ministry of Ecology. The current Prime Minister, Manuel Vals, has commissioned ex Associate Deputy Minister of AgriFood and now member of the Assembly representing the Mayenne deparment, Guillaume Garot, to present a list of propositions to reduce the amount of food waste by half.  On the 14th of April, Mr Garot concluded his suggestions, as a follow up of the 2013 Pacte National Contre le Gaspillage Alimentaire. Below are his proposals:

Prohibit the mass disposal of food

Every year, over 750,000 tonnes of food is disposed of by the public, as well as commercial retailers. Mr Garot suggests that an efficient way to tackle this problem would be to ensure that this prohibition is transposed into national law. Only this way will be considered as a “principle” that needs to be instilled into the mindset of people. It has also been proposed to include a “anti-gaspi” (against waste) section into supermarkets which would include products which are nearing their expiration dates. Additionally, there has also been talks of involving “anti-gaspi” coached to sensitise consumers.

This practice should be enforced as soon as at least one charitable association expresses a need for the food. This measure should also be transposed into French legislation, so as to ensure an efficient follow up. The idea of establishing “conventions” between distributors and associations is favoured. This recommendation is based on the amended Macron bill which has been adopted this April.

Some consumers do not fully understand the meaning of these terms. Guillaume Garot has proposed to replace the term “best before” by “better before”. He also wishes to integrate this modification at EU level as well. It has also been suggested to promote the education of different types of labelling amongst consumers.

A widely used practice in the States, the doggy bag will also see its way to France. This measure consists of bringing home the rest of the food that was ordered in restaurants.

The full article can be found here: http://www.actu-environnement.com/ae/news/gaspillage-alimentaire-rapport-garot-24327.php4

During three months, less meat was consumed each Monday at the Dutch Ministries of Defense, Infrastructure and the Environment, Social Affairs and Employment, and Foreign Affairs. Sodexo and Paresto, the organizations in charge of the catering at the ministries, have decided to continue the Meat Less Mondays for an indefinite duration.

In three months time, with on average 1380 guests per day during lunchtime, the consumption of meat products was reduced with 160 kilograms.[1] That is a reduction of more than 19% compared to a similar three month period last year. With this reduction, the employees of the ministries have saved almost 1 million (963.736) litres of water[2] and 1673 kilograms of animal feed.[3] With this pilot, also the emission of the greenhouse gas CO2 was reduced, with 1766 kilograms.[4] That equals 30 car rides from Amsterdam to Paris (15.350 km).

Eating less meat is one of the most effective ways to contribute to a sustainable food system. Worldwide, 80% of all agricultural land is used for livestock farming and the production of animal feed. For the production of 1 kilogram of beef, 25 kilograms of feed and 15.000 litres of water are needed. Livestock farming is responsible for the emission of 18% of all greenhouse gasses worldwide. With the Meat Less Monday, the Dutch ministries show that it is possible to have a positive impact on the environment by eating less meat for one day per week, without compromising on taste. Moreover, it encourages employees to also choose more plant-based foods on other days. A survey that was conducted during the pilot period shows that the opinions on the new food on offer vary, but the Meat Less Monday scores a 6,9 on average. 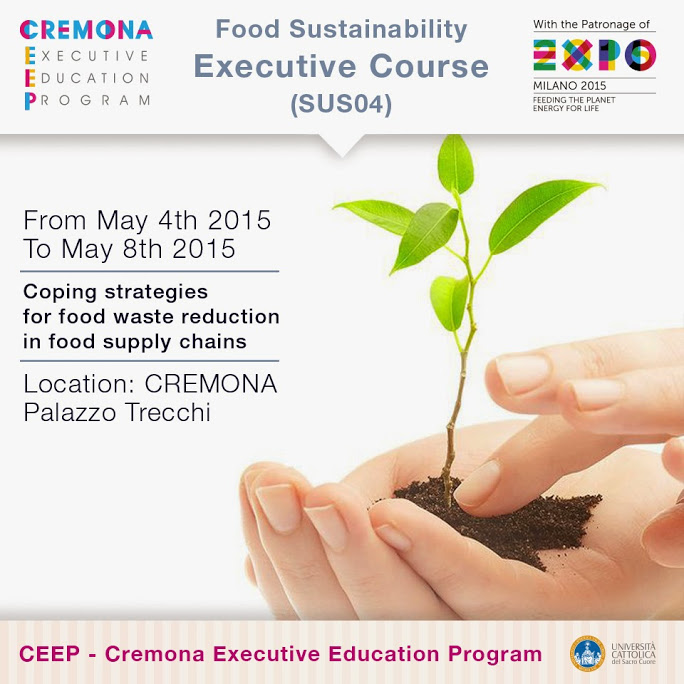 Cremona Executive Education Program (CEEP) is launching Coping strategies for food waste reduction in food supply chains  a course which aims to present some of the issues related to food waste and losses occurring along the food-supply chain, with particular focus on logistics, distribution and final consumption. After presenting the issues in formal lectures, the course will develop these issue through case studies (at the logistic levels, at the distribution level, at the consumer level) and field trips, indicating which strategies and/or best practices could be developed to reduce food waste and losses. Policy implications will also be dealt with.

The courses will take place between May 4th-8th. FUSIONS coordinator Toine Timmermans will be one of the lecturer of the course.

An integrated approach to reduce food losses and waste: barriers and solutions

Beyond satisfaction: the value touch points in the logistics food chain

How a 3PL (Third Party Logistic Service Provider) can contribute to reduce waste in the supply chain: some cases and examples

A statement from a non- profit organization

Presentation of the project “The Ambrosiano Refectory: the art of solidarity.

Please find a link to the website for more information. 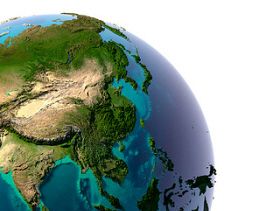 FUSIONS' Partner WRAP estimated that one third of all food that has been produced ultimately ends up as waste.  Reduction in food waste would be good not only for food security, but also for the economy and the climate.

In the Strategies to achieve economic and environmental gains by reducing food waste report, WRAP estimates the value of global consumer food waste over US$400 billion per year. The findings also identify the potential for astounding savings that can be achieved through food reduction in the UK, as well as other countries in the world.

Adopting a more practical insight into the issue of food waste, the report provides some recommendations aiming to assist economies around the world on how to reduce food waste:

The list of recommendations also encompasses some more practical short term suggestions which mostly involve actions by the government and organisations such as UNEP and FAO. Policies should include robust measurement techniques, accurate food waste estimates and a mechanism for hosting, sharing and analysing the increasing number of studies reporting food waste levels.

The full report can be found here: http://static.newclimateeconomy.report/wp-content/uploads/2015/02/WRAP-NCE_Economic-environmental-gains-food-waste.pdf

Are you looking for excitement and opportunity?

Do you want a role where you live your passion for the environment everyday?

FUSIONS Partner WRAP is seeking two employees to join their Food Sustainability Programme as Trainees. One will have an understanding of food systems in the UK & beyond, with the ability to use & analyse numerical data to understand complex systems. The other will have in-depth knowledge of consumer behavioural change interventions and campaigns

Use the link below to discover more about WRAP's Food Sustainability work.